Hi everyone, sorry it’s been a while! The past couple of weeks I’ve had kind of a creative block, I didn’t know what to post or write about at all, so I took some time out to really get my ideas together. It feels so great to be back, can’t wait to get back into my weekly routine!

I’ve been experimenting with makeup a lot recently, trying loads of new products and creating loads of different looks, so I thought why not post some of them on here :)

Hope you have a great weekend! Let me know in the comments of any products you’ve been loving recently :)

For ages this has been one of my all time favourite perfumes, it smells absolutely amazing! I’m not very good at describing scents, but it’s kind of musky and floral. Online, it’s described as having soft notes of wild strawberry, violet leaves and red grapefruit, combined with a heart of jasmine and violet petals plus gardenia. It’s a very feminine scent and one of my absolute favourites! 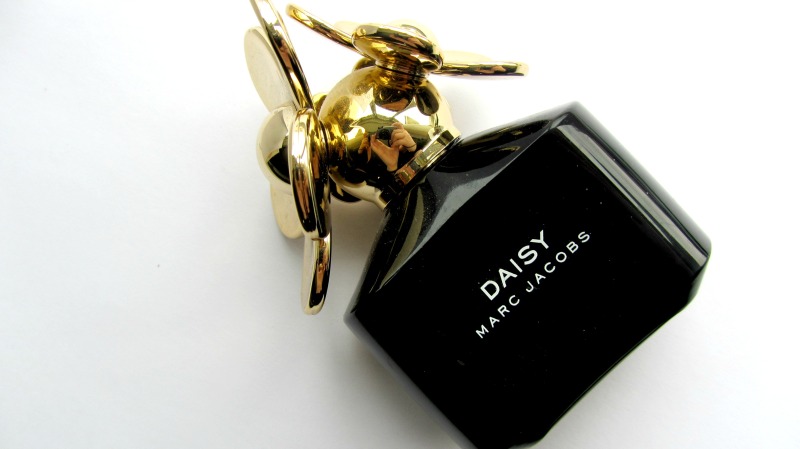 I received this sample with an ELLE Magazine some time ago and only started using it recently, and it actually really it. When I first started using it I thought it was breaking me out on my chin so I started to only apply it to my under eye are and it’s really lovely. Since it contains chamomile, allantoin and milk, it soothes my skin and leaves it really soft. I’ll definitely be purchasing the full version!

If you’ve been following me for a while, you’ll know how much I love this product! I use it every single day under my foundation and it really makes a difference. Such a good product for £7.50 so I recommend buying one for yourself!

This used to be my holy grail mascara a while back until I started using L’Oréal Telescopic, then I kind of forgot about it. It caught my eye in my draw the other day and I got really excited because I forgot I had it, then when I opened it I noticed it had dried up, which  was pretty disappointing, but at least I got my use out of it.

This is the best £4.19 I’ve ever spent! I am obsessed with this concealer, it works so great at brightening my under eye area, I love it! It lasts forever on my skin and is pretty much full coverage, so good coming from something so cheap. I’ve just finished scraping the tube to get the last remaining bits out, so I definitely think it’s time I stocked up on it haha. By far my favourite concealer, and I recommend it 100%. 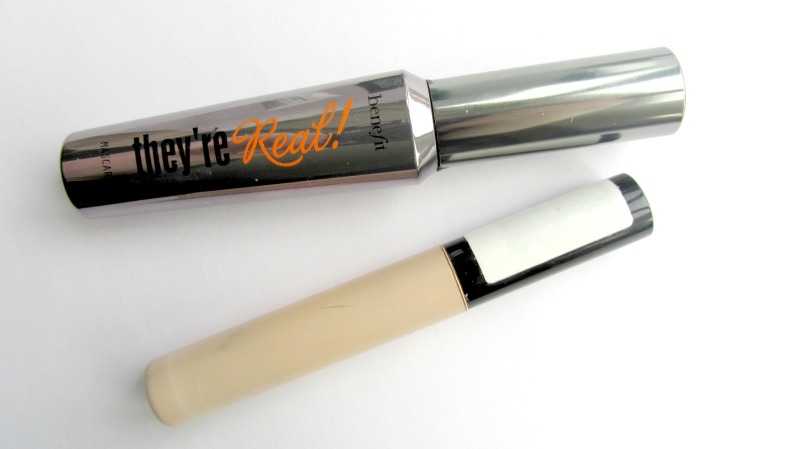 Let me know in the comments what you’ve used up recently and what your favourite perfume is (: 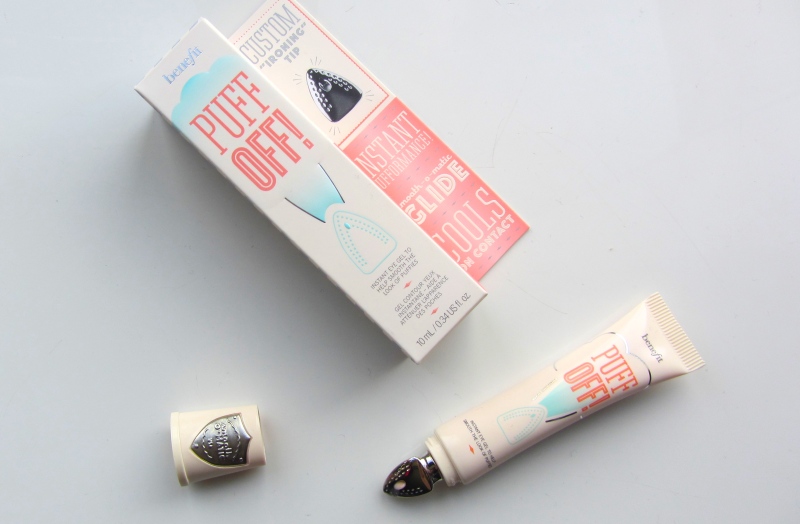 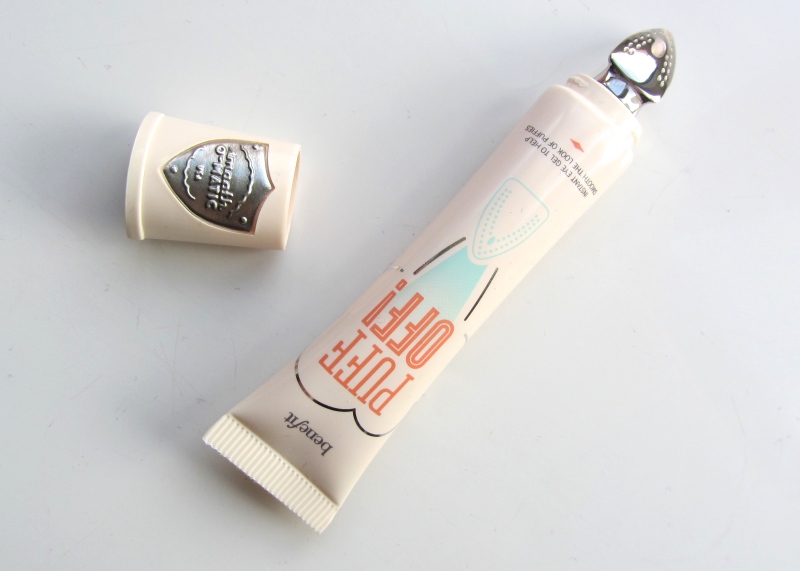 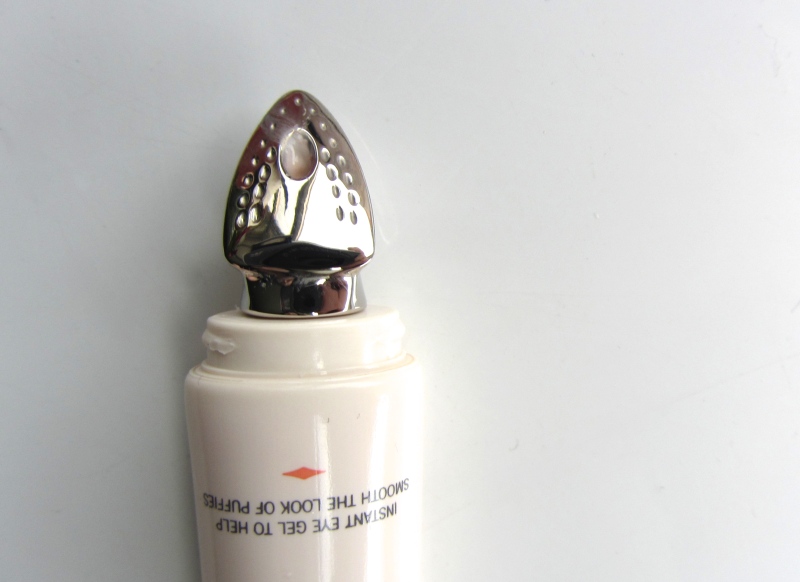 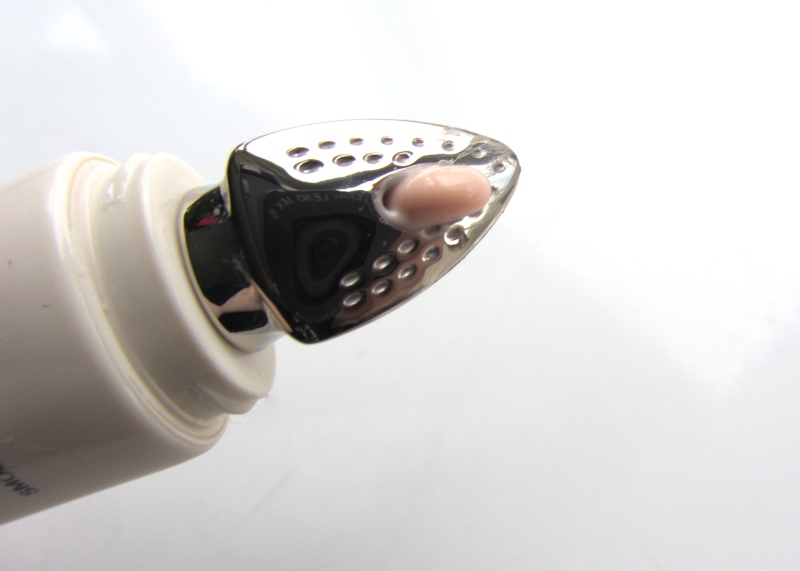 Hi everyone, hope you’re having a good day! Today I thought I’d do a first impression for you on a great product I bought recently.

I’ve been pretty obsessed with Benefit recently, so as soon as heard about Puff Off, I knew I was going to be purchasing it. So that’s what I did, I saved my money and bought it. I have no regrets at all! As well as Puff Off, I also bought their new release, Roller Lash,  which I will be doing a review on very soon, so keep your eye out for it (:

Right let’s get started. I tend to stay up late most nights watching PLL and catching up on youtube, who doesn’t?! So when I get up on a morning my eyes are always puffy and horrible. I’ve never found anything that actually helps soothe the puffiness until I tried this little beauty.

The packaging (which is so cute) claims that this eye gel makes puffies and creases look “satiny smooth”, and I have to agree, it’s such a good little product! The iron tip on the end really helps cool my under eyes and makes them feel really soft and refreshed, just what I want on a morning. It literally feels as though it’s been in the fridge, it’s amazing! Plus I have really dry skin and it leaves my undereye really hydrated, therefore it creates a great base for makeup since it leaves my skin feeling great.

You get a 10ml tube for £22.50, which is pretty pricey, but it is a high end product so you kind of expect it. Personally, I think it’s worth the price because it works wonders on my undereye area. It not only leaves my skin feeling great, but it leaves it looking great to, the pink gel really brightens my dark circles.

I’ll leave a link here incase you fancy trying it for yourself, which I definitely think you should – Benefit Puff Off
Let me know in the comments if you know of anything similar to this and what you favourite Benefit product is (:

Hi everyone, hope you’re feeling fabulous! In case you didn’t know, Benefit ran a nationwide competition throughout January to win a #poreoclock party to celebrate the  POREfessional primer and the wonderful people of Newcastle tweeted, posted and Instagrammed their way to winning! I was lucky enough to be invited to the party so I thought I’d make a little post to tell you all about it.

The party took place between 4pm-9pm on Saturday 21st February at Madame Koo in Newcastle, and what a party it was! On arriving the first 300 guests through the door received a free POREfessional goody bag, which was amazing! There was so much to enjoy, including : 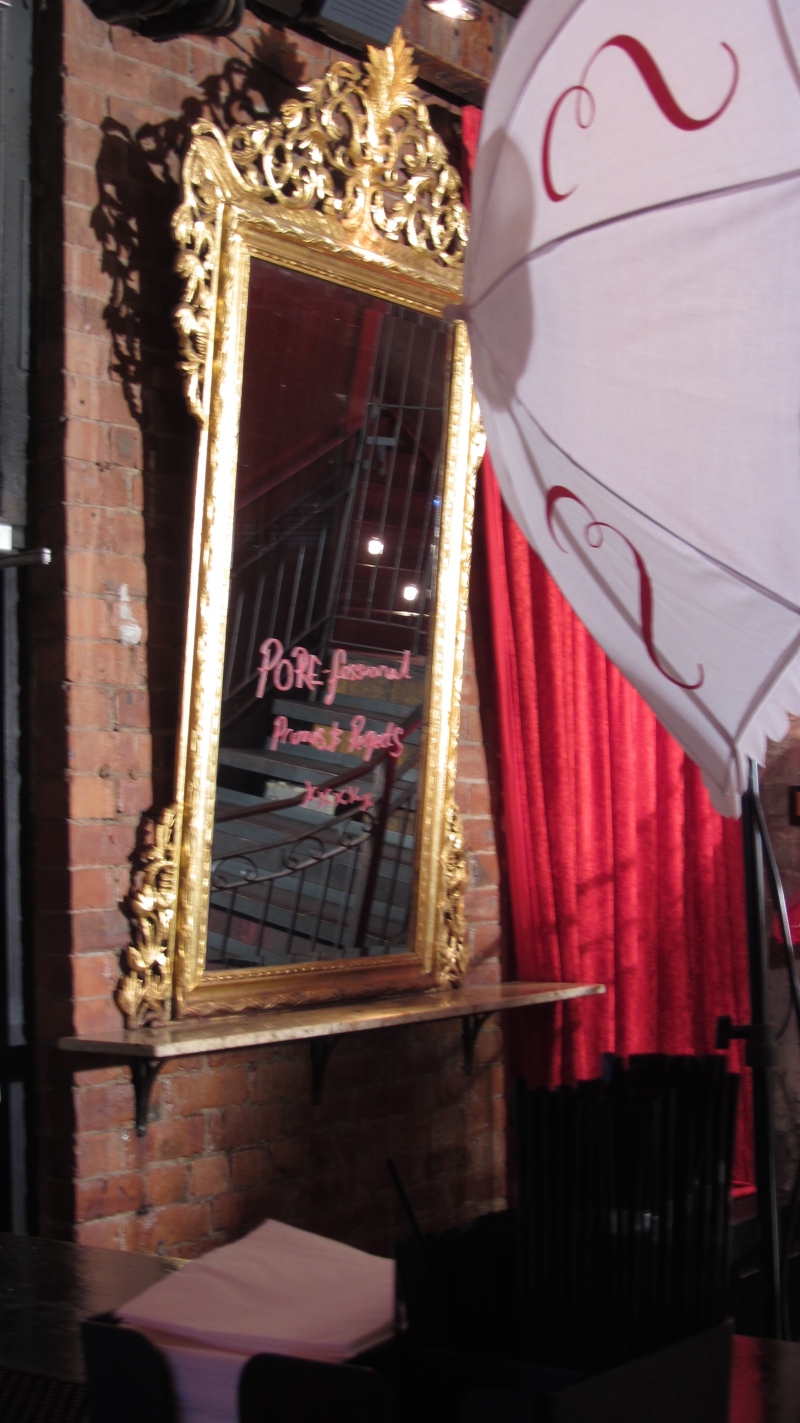 The first place I stopped at was the makeup stations to get my makeup done by the very beautiful Benebabes. Who doesn’t love a free makeover?! I only got my eyebrows touched up because I quite liked my makeup and didn’t want to change it haha. All the staff were so lovely and pleasant, which was great and helped make the night even better! 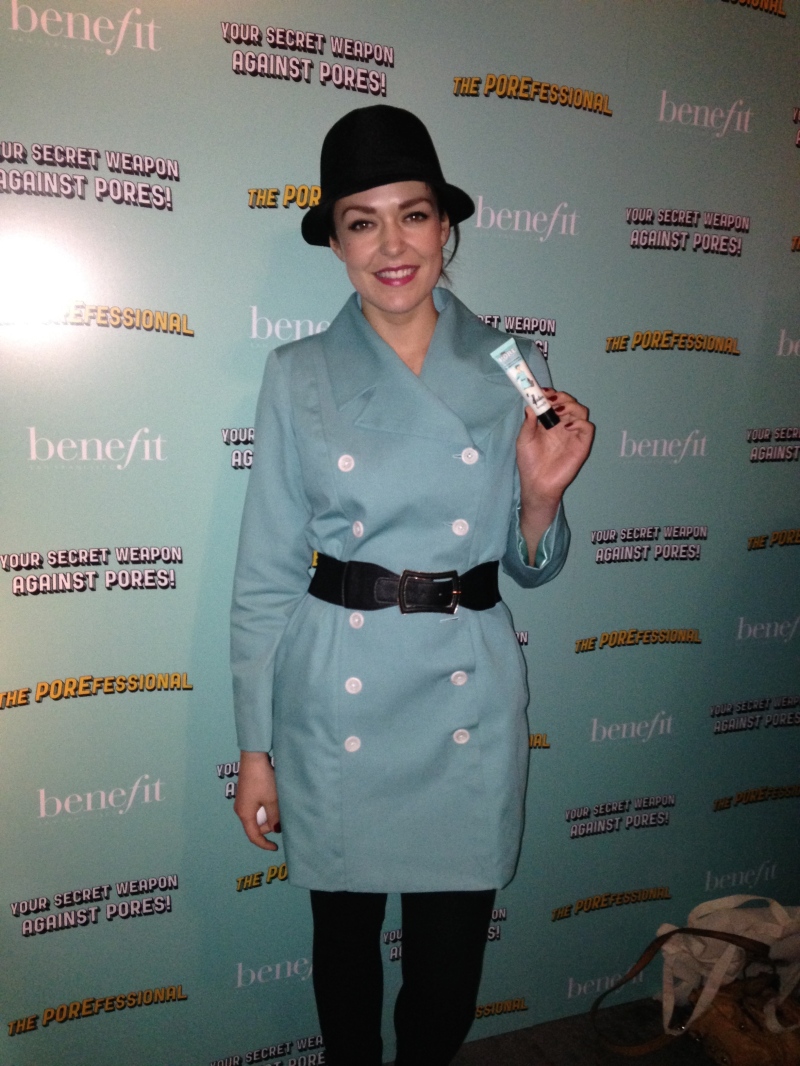 After hitting the photobooth with Abbie (www.abigaillouisex.wordpress.com) a fair few times (which was so much fun), I had a lovely little chat with one of the many SpyGals, who very kindly posed for a photo with the very popular POREfessional primer. Here’s a link incase you fancy trying the primer, which I would highly recommend – https://www.benefitcosmetics.co.uk/product/view/the-porefessional

Throughout the night, little white and pink tokens were being given out, entitling each guest to a free drink, which was such a good idea considering they were given out regularly. I love how they even had a twist  on the drinks by having vodka with pink lemonade, making it more girly and fun. The pink lemonade literally tasted like Turkish Delight, which was amazing! 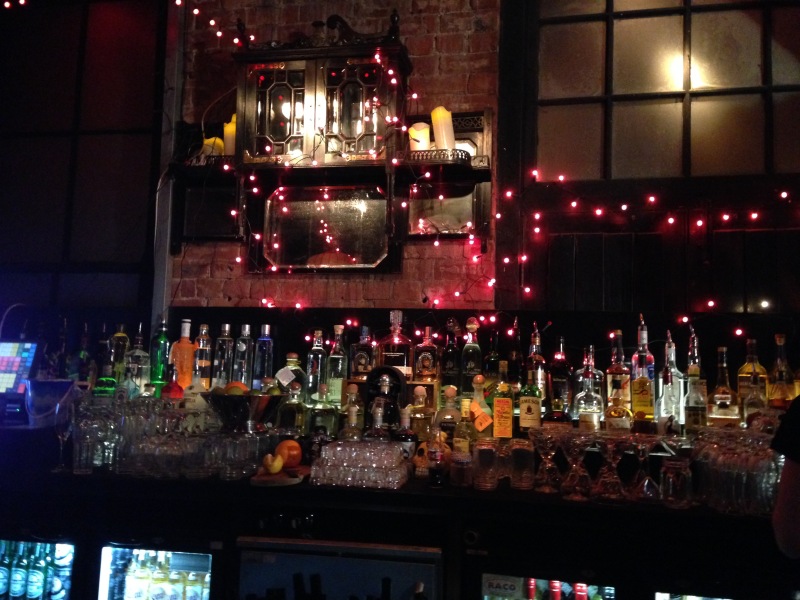 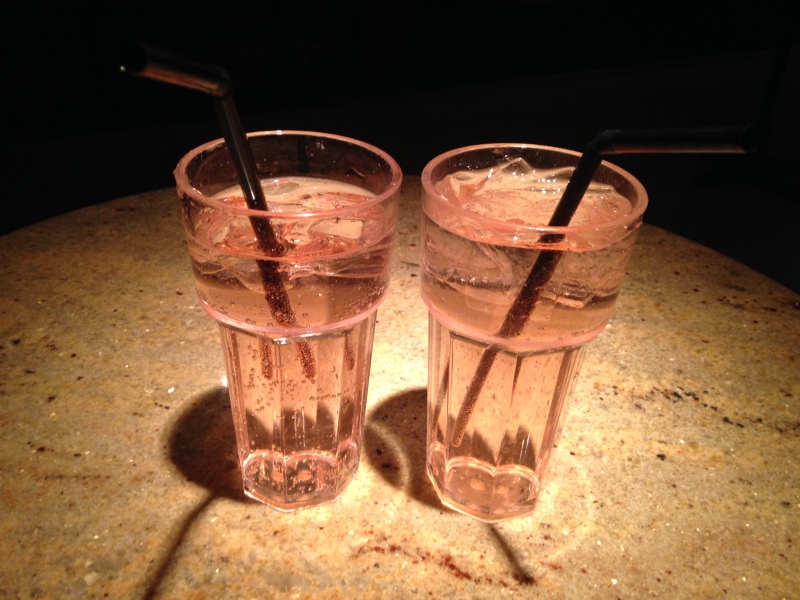 The goody bags we received were amazing! Each bag included:

Throughout the night, there were loads of giveaways and chances for people to win prizes, including some of the recent limited edition Christmas tins. I received a couple of the little alarm clocks, which  are so cute, a couple more primers, a couple of BAD gal pocket mirrors and my favourite thing, an umberella! I was so excited to try mine out that when I put it up I broke it, which is so annoying haha. 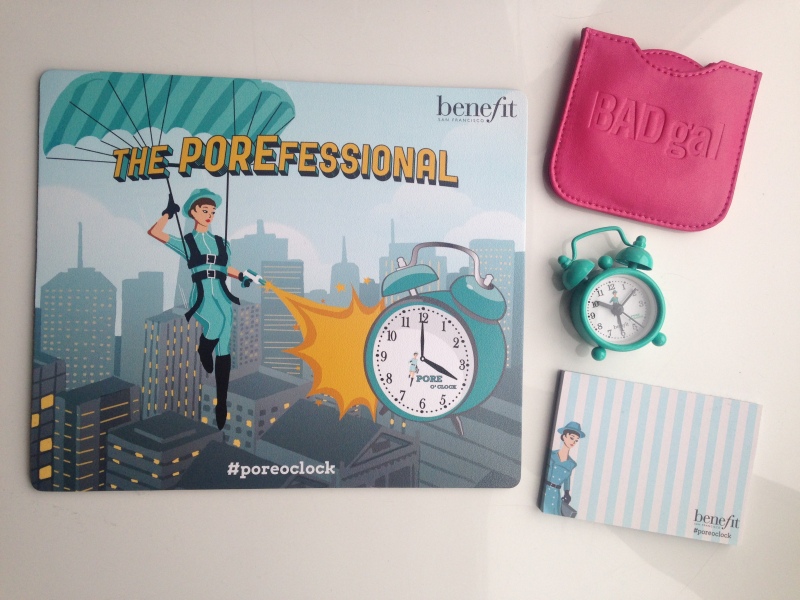 To round it all up, I would like to say a huge thank you to everyone at Benefit for making my night absolutely amazing, and for the fab goodies! Hopefully we can have a lot more parties like this in the near future!

Hi everyone, hope you’re well! I know I’ve slacked a bit when it comes to my monthly beauty wishlist having only posted one, however I’m back today with my March Beauty Wishlist and check me, I’m even a bit early haha.

1. Benefit Puff Off eye gel
I recently tested this eye product at my local Benefit counter and instantly wanted to buy it. I love how it has a little bit on the end that looks like an iron, it’s so cute haha.

2.  Benefit IT’S POTENT eye cream
I‘ve had the mini version of this for a while and I absolutely love it! It helps my concealer stay put and really soothes my under eye area. Really want to purchase the full size pot.

3. MAC Cinderella palette
As soon as I heard MAC were collaborating with Cinderella I knew it would be something special. When I saw the palette I instantly fell in love! I know that almost all of the shadows are permanent at MAC, however I find the way they’re paired in this palette makes them more attractive. Also the packaging is to die for! I’m dying to get my hands on the this little beauty when it’s released!

4.  Hourglass Ambient Lighting palette
I‘ve seen so many good reviews of this product and I think it looks so beautiful! The only thing that’s stopping me from buying it is that it’s pretty pricey, however I think that’s going to change pretty soon.

5. Anastasia Beverly Hills PRO Series Contour Kit
I‘ve had my eye on this product for absolutely ages now and it’s always sold out whenever I try to buy it, which sucks! I have such high expectations for this kit because I’ve seen many good reviews and I use the Anastasia Dip Brow Pomade, which is insane!

If any of you beautiful people have tried any of these products let me know in the comments (: